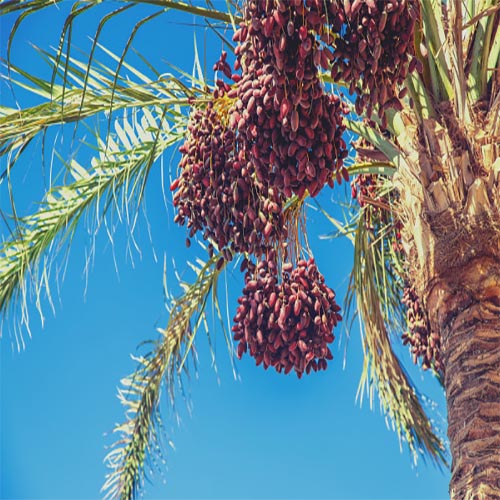 Date or date palm is a flowering plant species in the palm family, Arecaceae, cultivated for its edible sweet fruit. Although its exact place of origin is uncertain because of long cultivation, it probably originated from the Fertile Crescent region straddling between Egypt and Mesopotamia.

The species is widely cultivated across Northern Africa, the Middle East, the Horn of Africa and South Asia, and is naturalized in many tropical and subtropical regions worldwide.. dactylifera is the type species of genus Phoenix, which contains 12–19 species of wild date palms, and is the major source of commercial production.

Date trees typically reach about 21–23 metres (69–75 ft) in height, growing singly or forming a clump with several stems from a single root system. Date fruits (dates) are oval-cylindrical, 3 to 7 centimetres (1.2 to 2.8 in) long, and about 2.5 centimetres (0.98 in) in diameter, ranging from bright red to bright yellow in colour, depending on variety. At about 61-68 percent sugar by mass when dried, dates are a very sweet fruit.

Dates have been a staple food of the Middle East and the Indus Valley for thousands of years. There is archaeological evidence of date cultivation in Arabia from the 6th millennium BCE.

total annual world production of dates amounts to 8.5 million metric tons, countries of the Middle East and North Africa being the largest producers.

Fossil records show that the date palm has existed for at least 50 million years.

A genomic study from New York University Abu Dhabi Center for Genomics and Systems Biology showed that domesticated date palm varieties from North Africa, including well-known varieties such as Medjool and Deglet Nour, are a hybrid between Middle East date palms and the Cretan wild palm P. theophrasti.

Date palms appear in the archaeological record in North Africa about 2,800 years ago, suggesting that the hybrid was spread by the Minoans or Phoenicians.

Dates are an important traditional crop in Iraq, Iran, Arabia, and north Africa west to Morocco. Dates (especially Medjool and Deglet Nour) are also cultivated in America in southern California, Arizona and southern Florida in the United States and in Sonora and Baja California in Mexico.

Date palms can take 4 to 8 years after planting before they will bear fruit, and start producing viable yields for commercial harvest between 7 and 10 years. Mature date palms can produce 150–300 lb (70–140 kg)of dates per harvest season. They do not all ripen at the same time so several harvests are required.

To obtain the fruit of marketable quality, the bunches of dates must be thinned and bagged or covered before ripening so that the remaining fruits grow larger and are protected from weather and animals, such as birds, that also like to eat them.

Date palms require well-drained deep sandy loam soils with a pH of 8-11 (i.e., alkali). The soil should have the ability to hold moisture. The soil should also be free from calcium carbonate.

The word “date” literally means “finger” in Greek and refers to the oblong shape of the fruit.

Some Types of Dates:

Some of Dates benefits: 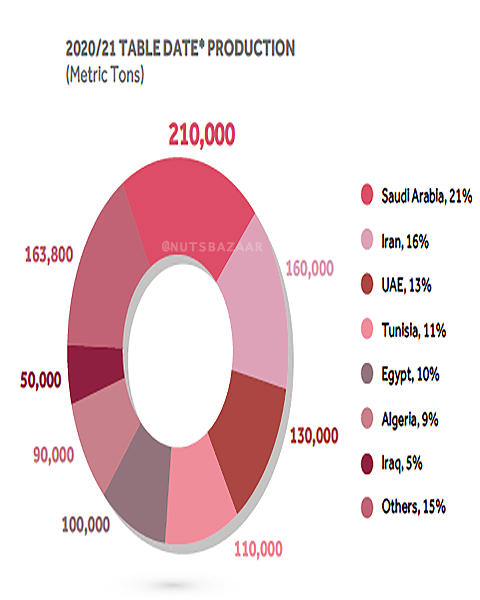 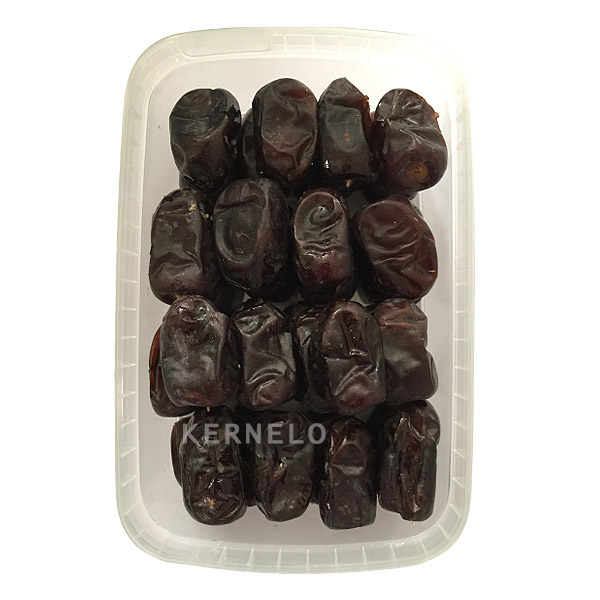 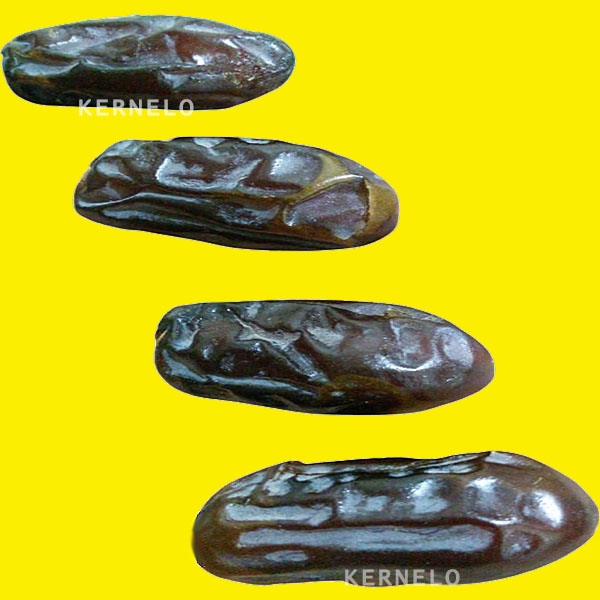